Basketball is one of the biggest sports in the world right now, and that means the players are making some serious cash. But which players in the NBA are making the most?

Today, we’ll find out as we go over the 25 richest NBA players. Keep reading to find out where your favorite player ranks.

Joe Johnson is the shooting guard for the Detroit Pistons. He’s been in the NBA since 2001 when he was a first draft pick from the Arkansas Razorbacks for the Boston Celtics. In the 19 years since he’s amassed an impressive net worth of approximately $100 million.

He was also a member of the US National Team at the World Championships in 2006, where they earned a bronze medal.

Since then, he’s jumped around from coaching teams like the Indiana Pacers and the New York Knicks to commentating on TNT and pursuing various business ventures.

Vince Carter started his career with the Toronto Raptors in 1998 and played for them until 2004. He’s the only player in NBA history to have played in four different decades, and he announced his retirement in June 2020. Over his impressive career, he’s gained a net worth of about $110 million.

Chris Bosh first gained attention as a college student at Georgia Tech, averaging 15.6 points and 9.0 rebounds for the Yellow Jackets. He was signed to the Toronto Raptors in 2003, the same year as stars like Dwayne Wade and Lebron James.

These three eventually teamed up playing for the Miami Heat 2010, where he played for seven years. He retired in 2019 after a blood clot stopped him from competing and has a net worth of $110 million.

Kevin Garnett is most well known as one of the best power forwards of all time. He played for the Minnesota Timberwolves for 12 years before being traded to the Boston Celtics in 2007. That same year, he led the Celtics to win the NBA Championship.

He retired in 2016 and has since branched out into acting. In 2019, he played the fictionalized version of himself in Uncut Gems alongside Adam Sandler. He won the All-Star MVP Award in 2003 and has a net worth of $120 million.

Yao Ming started his basketball career in Shanghai as a teenager with the Shanghai Sharks. He negotiated with the Chinese Basketball Association (CBA) so he could sign with the NBA, and he was drafted by the Houston Rockets in 2002.

He played until 2011 when he retired after a series of injuries. Nowadays, he’s one of China’s most famous athletes and has been serving as the chairman of the CBA since 2017. He has a net worth of about $120 million.

Chris Paul is the current point guard for the Oklahoma City Thunder. He’s won the NBA Rookie of the Year Award, the NBA All-Star Game MVP Award, and he has two Olympic gold medals. He was drafted by the New Orleans Hornets out of college in 2005.

Tim Duncan is originally from the U.S. Virgin Islands, and he spent the entirety of his 19-year professional career playing for the Antonio Spurs.

Since his retirement, he’s started coaching and is currently an assistant coach for Spurs. He also held the record for most playoff wins until August 2020 when he was surpassed by Lebron James. In 2021, his net worth is about $130 million.

Carmelo Anthony is the wealthiest and maybe most well-known player on the Portland Trailblazers, with a net worth of $130 million. In college, he played for the Syracuse Orange where he won a national championship in 2003 as a freshman.

That year also saw him named the NCAA Tournament’s Most Outstanding Player. As a pro, he started with the Denver Nuggets in 2003, but he’s been with the Trailblazers since 2019.

Stephen Curry is probably best known as one of the best shooters in NBA history. He is credited with bringing the three-point shoot into popularity and he has been named the NBA MVP twice.

He’s also a six-time NBA All-Star and has won three NBA Championships with the Golden State Warriors, the first of which was their first win since 1975. His prolific status in the NBA has earned him a net worth of $130 million.

Dwight Howard is probably one of the most traded players in the NBA. Since he first went pro in 2004, he’s been on seven teams. Since 2016 he’s gone to a new team every year. Currently, he’s on his second time with the Los Angeles Lakers.

He originally played with the Lakers during the 2012-2013 season and returned in 2019. All this moving around clearly hasn’t hurt his bank account, however, because his net worth currently stands at $140 million.

Russel Westbrook has been in the NBA since 2008. He played for the Oklahoma City Thunder for 11 years before joining the Houston Rockets in 2019. He’s been awarded some of the most impressive awards in the NBA, including MVP for the 2016-17 season, and nine NBA All-Star awards.

James Harden started getting attention back in his college days when he was named PAC-10 Player of the Year in 2009 while playing for the Arizona Sun Devils. He was the third overall pick for the Oklahoma City Thunder in 2009, and in 2012 he was NBA Sixth Man of the Year.

Later in 2012, he joined the Houston Rockets, where he is today. He’s as well known for his iconic bushy beard as he is for his basketball career, making him one of the most well-recognized NBA players. He has a net worth of $165 million.

Kevin Durant has been in the NBA since 2007, where he started with the Seattle Supersonics (became Oklahoma City Thunder in 2008) where he stayed until 2016. From 2016-2019 he played for the Golden State Warriors where he won back-to-back championships in 2017 and 2018.

In 2019, he went to the New York Knicks. He’s one of the highest-earning basketball players in the NBA with a net worth of $170 million. He’s also ventured into acting, appearing in Thunderstruck in 2012.

Hakeem Olajuwon may have had humble beginnings in Lagos, Nigeria, but he grew to be perhaps one of the best and most recognized NBA players of all time. In college, his coach gave him the nickname “the Dream” because of his effortless dunking.

He joined the NBA in 1984 when he was drafted by the Houston Rockets. With the Rockets, he won back-to-back championships in 1994 and 1995.

In the 2001-2002 season, he played for the Toronto Raptors, retiring the next year. In 2008 he was inducted into the Basketball Hall of Fame, followed by his induction into the FIBA Hall of Fame in 2016.

Luol Deng was born in South Sudan before fleeing to the United Kingdom where he became a citizen in 2006. He played basketball for the Great Britain national team in 2007, and again in 2012 as a member of the Olympic team.

From 2012-2019, he bounced around a bit, playing for the Chicago Bulls, the Cleveland Cavaliers, the Los Angeles Lakers, the Miami Heat, and the Minnesota Timberwolves. In 2019, he signed a one-day contract with the Bulls before retiring.

David Robinson started playing in the NBA in 1989 and didn’t retire until 2003. He spent his entire career playing for the San Antonio Spurs. He also served in the Navy, which gave him the nickname “the Admiral”. David Robinson played in three Olympic games, winning two golds and one bronze medal.

He’s been inducted to both the Basketball Hall of Fame and the U.S. Olympic Hall of Fame twice; once for his individual skills, and once as a member of a team. Nowadays, he’s most known for his philanthropy, donating 10% of his earnings to charitable causes every year.

Grant Hill started playing in the NBA in 1994, with the Detroit Pistons. In 2000, he switched to the Orlando Magic. From 2007-2012 he played for the Phoenix Suns before playing his last season with the Los Angeles Clippers. He’s a seven-time NBA All-Star and in 1995 was Co-Rookie of the Year.

Vinnie Johnson was selected by the Seattle Supersonics in 1979, and he played for them until 1981 when he left for the Detroit Pistons. He played his final season (1991-1992) with the San Antonio Spurs. With the Pistons, he was a key sixth-man, instrumental in their NBA championship wins in 1989 and 1990.

His NBA career also gave him the nicknames “the Microwave” and “007”. In 2020, he’s running the automotive parts company he founded in 1995, called Piston Automotive. Along with other business ventures and his basketball career, his company has definitely helped build his $400 million fortune.

Shaquille O’Neal played on six different teams during his 19-year NBA career. He started getting attention from basketball scouts in high school when he led his team to a 68-1 record over two years. He played at Louisiana State University, and he was later inducted to the LSU Hall of Fame.

As a pro, he was named player of the week his first week in the NBA. As a rookie, he averaged 23.4 points. In 1996, he helped the US Olympic team win the gold medal. It’s not only his basketball career that’s built his $400 million net worth though, but he’s also branched out into acting and music.

Lebron James is possibly the most famous player in the NBA. He’s frequently compared to Michael Jordan as one of the all-time greats. He played in eight consecutive NBA finals between 2011 and 2018.

In high school, the media labeled him a future NBA star. They were proved right when he was drafted in 2003, straight out of high school. That year he was named Rookie of the Year. In 2010, he left the Cleveland Cavaliers for the Miami Heat but returned in 2014. Since 2018 he’s been playing for the Los Angeles Lakers.

Junior Bridgeman was in the NBA from 1975-1987. He spent all but two of those years playing for the Milwaukee Bucks.

He’s the record holder for most games played for the Bucks at 711. However, a good chunk of his $600 million fortune has come from his post-basketball corporate career. Currently, he owns the bottling operations for Coca-Cola in Canada.

Magic Johnson might set the record for most retirements. He first retired in 1991 after contracting HIV but returned to play in the 1992 NBA All-Star game where he won MVP.

He then left for another four years. In 1996, he returned to the Lakers to play another 32 games before retiring again. He won a gold medal on the Olympic team in 1992, aka the “Dream Team”.

He was inducted into the Basketball Hall of Fame twice, once as an individual, and once as a member of the Dream Team. Since retirement, he’s done broadcasting and become an HIV/AIDS advocate. He has a net worth of $600 million.

Michael Jordan is probably the most famous basketball star to ever play in the NBA. He played for 15 seasons, winning six championships. He was the reason the NBA took off in the 1980s and 90s and is regarded as one of the greatest players of all time.

Michael Jordan was on two Olympic gold medal teams, including the “Dream Team” in 1992. In 1991, ’92, and ’93, he led the Chicago Bulls to consecutive championship titles in a “three-peat”.

He retired in 1993 and played minor league baseball for a year before returning to basketball. He became the first billionaire basketball player in 2014 and has a net worth of $2.2 billion.

Pro basketball isn’t for the faint of heart, but those who make it make it big. Even the ones on the low end of this list are worth about $100 million. Did your favorite player make it in the top 25? Let us know down below! Thanks for reading, and make sure to stay tuned for more!

Kunika Patel
Hi, I am Kunika and as you can guess, I love numbers. I started Browsed Magazine to share interesting numbers behind celeb's net worth, the most expensive stuff around, and top lists that'll take you in for a surprise. 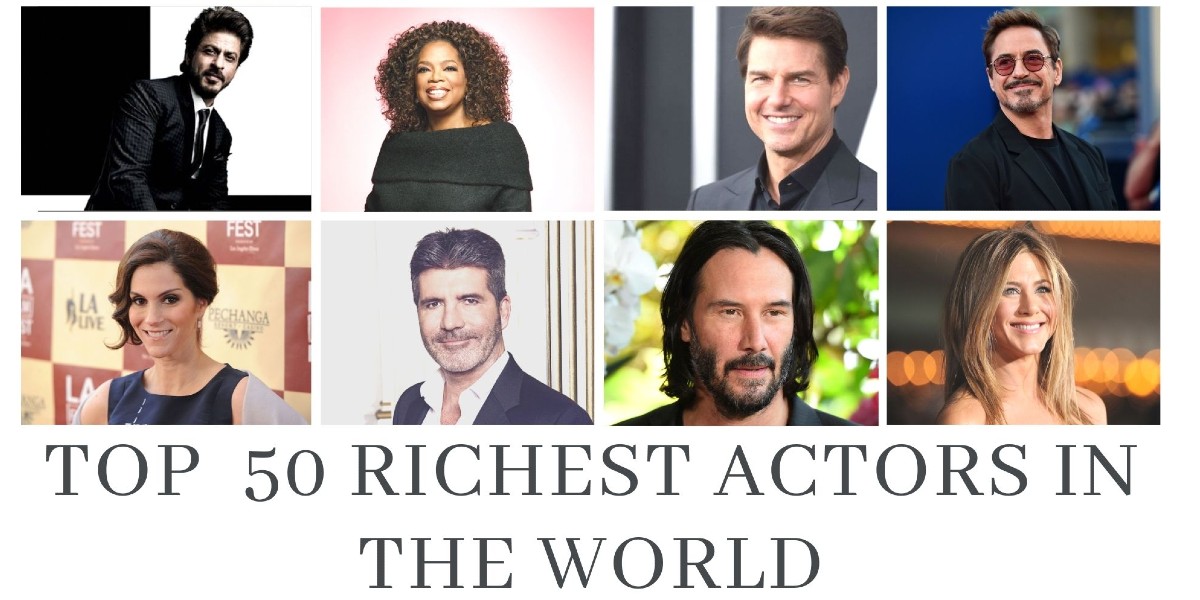 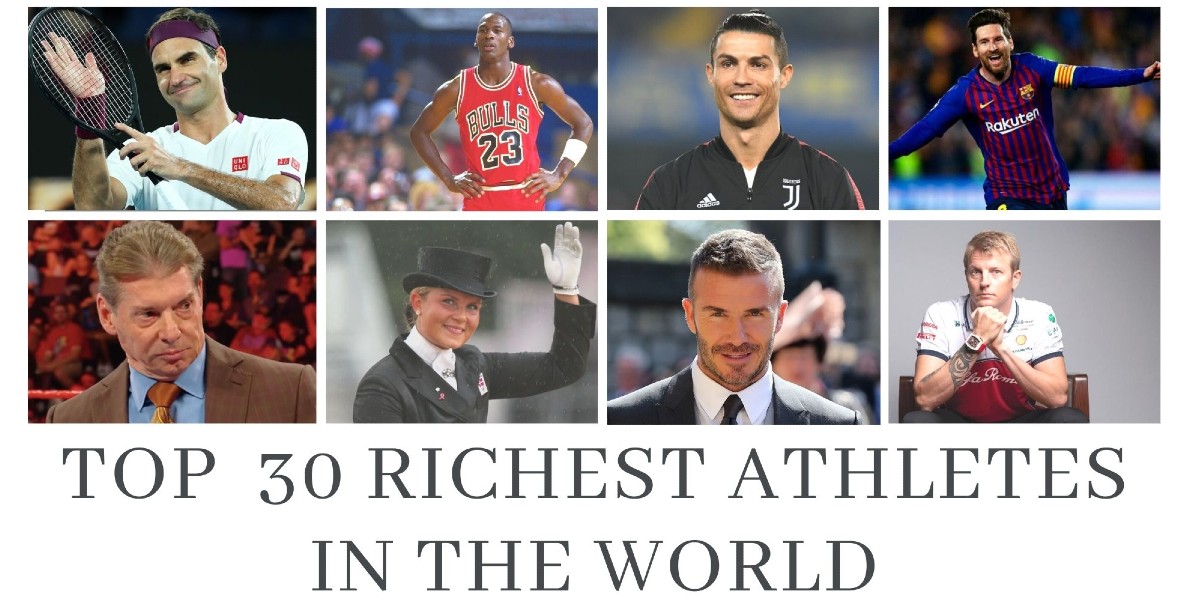 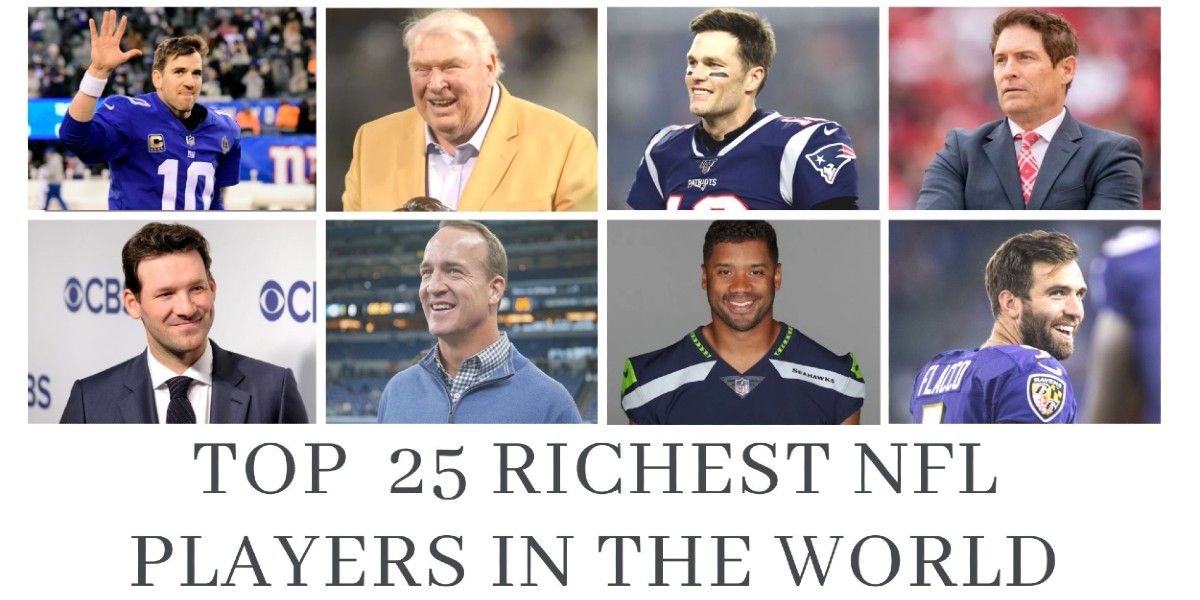 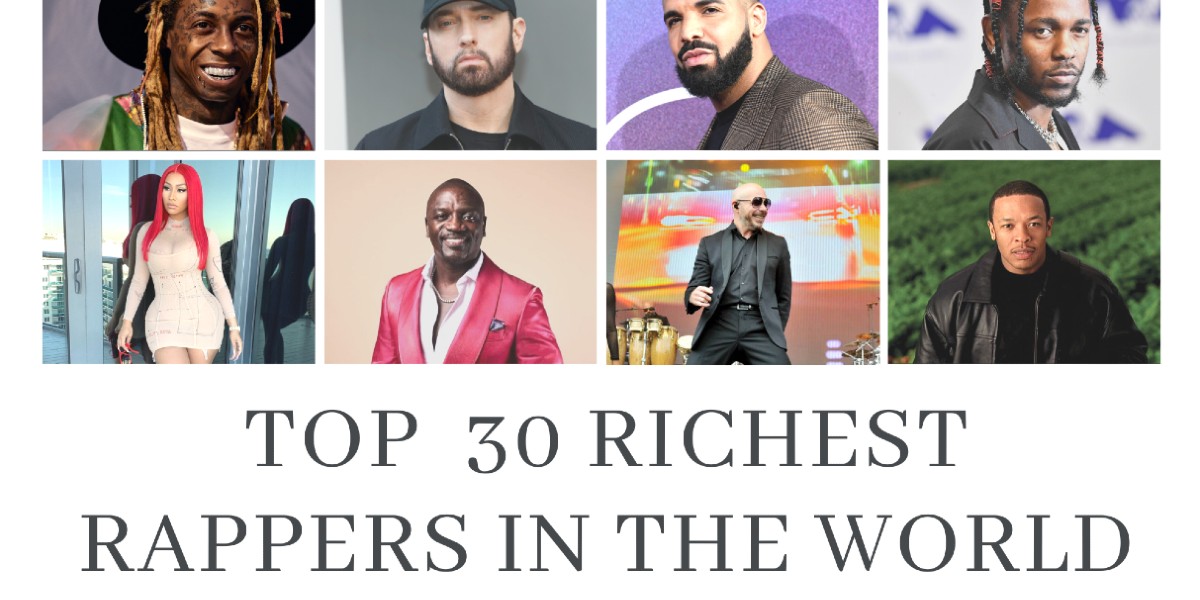